Everything as a Service: The Newest Addition to the Service Economy 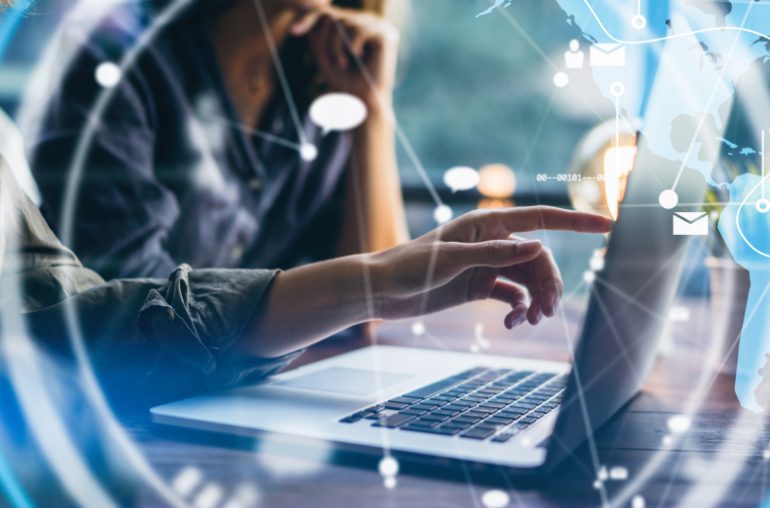 Of course, XaaS is far more than just thrusting all the various “as-a-service” models under one umbrella. As a subset of cloud computing, XaaS incorporates the enormous range of tools, products and services that modern technology brands now offer to consumers.

While the tech industry continues to shake out and Silicon Valley consumer services raise their prices in search of profitability, consumer expectations will continue to grow at an exponential rate.

Where did XaaS come from?

Gartner predicts that IT spending will eclipse $1.3 trillion in 2022, rising to a staggering $1.8 trillion by 2025, much of which will be dominated by investment in cloud technologies such as XaaS.

However, many modern enterprises are built on aging IT infrastructures incapable of supporting these new technologies. Clunky ticketing systems, slow service and outdated user experience systems all fly in the face of rising expectations from consumers and employees alike.

For example, many enterprises still rely on plain old telephone service (POTS) for their everyday telecommunications, despite the expense and environmental impact of physical copper networks. More widely, businesses need agile IT systems that can capture tangible value, with the rise of smart devices and IoT driving the need for organizations to connect to their consumers in more ways than ever before.

Models like SaaS and PaaS only represent the tip of the iceberg. As more cutting-edge technologies emerge, we expect to see the tech industry burgeon with new services such as mobile device as a service (MDaaS), artificial intelligence as a service (AIaaS), blockchain as a service (BaaS) and database as a service (DBaaS).

All of these services represent a wide variety of capabilities that businesses critically need in order to stay competitive and digitally transform while wanting to outsource to keep down costs and complexities.

Cutting Costs And Driving Efficiencies: The Benefits Of XaaS

That’s where XaaS comes in: attractive to modern enterprises because it can greatly simplify complex IT infrastructures and deployments. And, because it’s offered as an all-encompassing service, it can greatly reduce costs.

The holistic nature of XaaS means companies get a predictable, controllable program, putting the power back into the hands of enterprise IT. Even against the backdrop of the “Great Resignation,” companies using XaaS know that services continue even if an employee leaves.

For example, following a resignation (or sick leave/vacation) at a company where IT is managed in-house, there’ll often be a pause or disruption to service until that employee is replaced or returns. However, by using an outside entity, companies get consistency and don’t need to worry about recruiting or backfilling.

The Costs Of XaaS

While XaaS comes with a host of benefits, there are things to consider: Since delivery of services is over the cloud, you are reliant on internet service for reliability and resiliency. Perhaps the greatest caution and something to be fully aware of is being locked in with one vendor to provide services, so be sure to read the fine print and make sure you understand all the details.

Outsourcing IT Complexity: The Rise Of XaaS Across Industries

Outsourcing IT infrastructure also shifts costs from capex to opex, providing an attractive option for enterprises, which is ultimately driving increased demand for XaaS.

When companies have to manage every minute detail of their own IT, their departments can’t give the white glove treatment their employees and customers expect—they just don’t have the time, resources or people power to do so.

As such, it makes sense for them to outsource these operations through XaaS. Many governments and local authorities are realizing the benefits as well. Gartner revealed that “54% of government CIOs…expect to allocate additional funding to cloud platforms in 2022.”

Meanwhile, the same research reveals that 35% of government CIOs will decrease investments in legacy infrastructure and data center technologies.

Preparing For A Flexible And Agile Future

With XaaS, businesses have the flexibility to outsource specific functions to the cloud (where it makes sense) while retaining more sensitive workflows in-house.

Most importantly, the agility of services such as XaaS helps companies easily scale up or down as needed, receiving the latest upgrades to new tech as soon as it comes online. Most of these upgrades will also be automated, meaning no pause or disruption.

One word of caution—before embarking on a XaaS journey, ensure data loss prevention and strong data encryption is in place, and make sure all vendor protocols are held to the same standards as your in-house team.

Ultimately, this reinforces business resilience and continuity, two critical attributes which have become paramount for organizations looking to thrive in today’s flexible and rapidly-changing world.